The aircraft aluminum alloys adding a small amount of Cu and Mg to ordinary aluminum, a kind of MgCu2 micro-crystal grains called Lavis phase are formed. Dispersion in Aluminum can increase the hardness of aluminum and reduce the ductility, forming the so-called “hard aluminum” , is the main material for manufacturing aircraft. Aviation aluminum alloys are divided into two categories: 2000 series and 7000 series aluminum alloys. The 2000 series aluminum alloys has copper added to it, which can work in an environment of 200-300 °c, and has high hardness and poor corrosion resistance. It is generally used as aerospace structural parts. The inside of the 7 series is mainly made of zinc, with the highest hardness and strength, and the worst corrosion resistance. It is generally used as a high-strength component, and some can also be used as an aircraft frame.

Aerospace aluminum is a kind of ultra-high-strength deformed aluminum alloy, which is currently widely used in the aviation industry. Aircraft aluminum alloys have good mechanical and processing properties, good plasticity after solution treatment, and good heat treatment strengthening effect. Generally, it has high strength and good toughness below 150°C (or even higher). It is an ideal structural material. Compared with ordinary aluminum alloys, aluminum alloys used in aircraft have higher requirements for strength, hardness, toughness, fatigue resistance and plasticity. Because of its light weight and remarkable lightweight effect, aircraft aluminum has replaced steel and occupied the current leading position of aviation materials. Aviation equipment has high requirements for aluminum, which is an important high-end application market for aluminum. 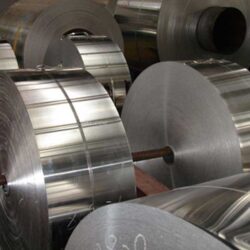 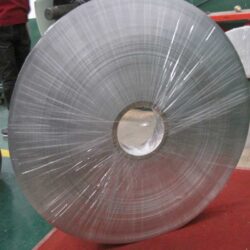 What Aluminum Alloy is Used for Soda Cans