Skip to content
Home Metal FAQ What are the Differences Between 6061 and 7075 Aluminum?

The main differences between 6061 and 7075 aluminum are the following attributes:

Mechanical Properties
Both 6061 and 7075 are heat-treatable, so their mechanical properties cannot be compared accurately without assuming the same type of heat treatment. When looking at both alloys in the -T6 condition (meaning solution heat-treated then artificially aged), several noticeable differences are observed. First off is that the tensile strength of 7075-T6 is nearly double that of 6061-T6. The shear strength of 7075-T6 is roughly 1.5 times that of 6061-T6. The former is substantially harder as well.

Fabrication Considerations
6061 nearly always has the edge over 7075 when it comes to fabricating the two aluminum alloy types. This is mostly due to 6061 having a lower hardness and tensile strength. The lower hardness allows it to be machined more easily than 7075. The lower tensile strength means that 6061 is easier to form than 7075. While both materials can be joined by soldering, brazing or adhesives, 6061 is weldable and 7075 is generally considered not weldable. Even though 6061 is considered weldable, care must be taken to select the proper weld filler metal. Post-weld heat treatment and aging may be required to get the weld area back to the original “-T” designation. 7075 is extremely prone to cracking following welding.

Applications
There is much application overlap between the 6061 and 7075 aluminum alloys. As previously mentioned, both are structural grades of aluminum. Both are used for bike parts, aerospace components, and building construction. They differ in these areas on how they are used though. For instance, in the aerospace industry, 7075 may be more likely to be used as a gear or rod, and 6061 may be more likely to be implemented in an area that requires more ductility. With bike parts, some riders prefer the increased strength that comes with the 7075 aluminum alloy. 7075 is more likely to be used for molds and industrial tooling than 6061. Since it is more formable than 7075, 6061 is used more often for tanks, as well as other shapes with rounded contouring. 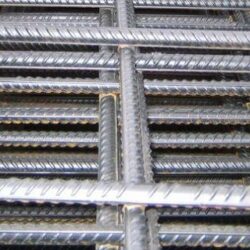 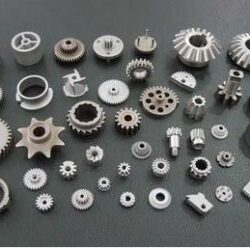